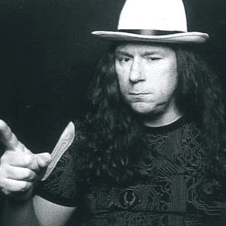 49 years old, 27 years of professional experience (including 17 years as « ethical hacker »), and more than 30 years of passion for « hacking ».
Starting as a traditional developer for several years, using mainly C and assembly programming languages, Eric evolved to web programming and networks, and finally became an IT security expert. Eric left Paris neighborhood in order to work in Luxembourg where he has been the leader of several pentest teams : Telindus PSF, ebrc and PwC Luxembourg.
As from January 2015, he is the Head of Security Read Team (part of the Cyber Security department) of POST Luxembourg.

Eric has also been in charge for 3 years of a teaching unit of the « University of Luxembourg » ‘s professional Master « Management of IT Security ».
Eric is completely specialized in all concerning IT & phone security and performed a lot of « penetration tests » missions.
Eric is certified GAWN (GIAC Auditing Wireless Networks) and OPST (OSSTMM Professional Security Tester).

All session by Eric CHASSARD