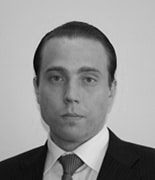 Ilia Kolochenko has a university degree with honors in Mathematics and Computer Science from Geneva, his city of origin. Ilia Kolochenko started his career as a penetration tester, he also was a security expert and team leader working for various financial institutions and large companies in Switzerland and abroad. His military service in artillery troops took place in Frauenfeld, Switzerland.

At the end of 2007 he founded High-Tech Bridge, aiming to deliver efficient and effective penetration testing to companies of all sizes. In 2010 Ilia Kolochenko created a concept of hybrid security assessment of web applications, called ImmuniWeb, that was globally launched in 2014. Being web application security expert and chief architect of ImmuniWeb, he is personally involved into ImmuniWeb’s daily operations, implementing new features and functions. Ilia Kolochenko is a contributor to CSO magazine, he is also regularly quoted in various IT security and business journals including Forbes, CNBC, Financial Times, and BBC.