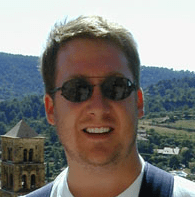 Jed is a creative entrepreneur and consummate technology, security and finance professional. Currently he occupies several professional and pro-bono mandates. In addition to his founding and leadership role in KYC3, he is also a founding partner of the boutique intelligence consulting firm Sandstone SA.

He is an Adjunct Professor at the University of Luxembourg, School of Finance, where he teaches compliance for the Masters in Wealth Management and Executive MWM Programs. For his pro-bono efforts, he is a founding member, board and executive vice-chair of The Institute for Global Financial Integrity, a thought leadership forum on issues related to integrity and ethics in finance. He is a member of the Board of Directors of the American Chamber of
Commerce, Luxembourg and chairs its New Business and Entrepreneur Committee.

Jed holds an MBA from Heriot Watt University in Edinburgh, Scotland and studied computer science at the University of California Santa Barbara, in addition to spending a year abroad as a student at the American College of Switzerland in Leysin, CH. In addition to his native Ireland and United States, he has lived in Czechoslovakia, the Czech Republic, France, Luxembourg and Switzerland for extended periods throughout his career.