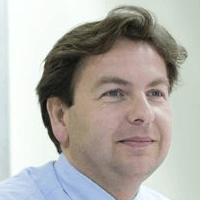 Luc Tapella started his career as auditor at Coopers & Lybrand and at the Luxemburgish bank BCEE (Banque et Caisse d’Epargne de l’Etat), after graduating with an MSc in Economics from the University of Aix-en-Provence (France).

Six years later, in 1999, Luc joined one of Europe’s most important private satellite operator, SES ASTRA. Within a space of three years, he progressed from Marketing Project Coordinator in the Marketing and Commercial Department to Assistant of the director in the Marketing Department. In 2002, he moved to SATLYNX, an SES subsidiary, where he gained experience as a Senior Finance and Administration Manager and as a member of the executive committee.

Luc Tapella began his career with ILR (Institut Luxembourgeois de Régulation) in 2005 and worked as the head of the Department of Economic Studies, and Department of Accounting and Administration up until 2010. Over these years, he was also responsible of the postal sector.

Before becoming Director of the ILR in May 2015, Luc Tapella was the Chief Financial and Administrative Officer for Wagner Management, the lead company for the Wagner Group and member of the executive committee.

All session by Luc TAPELLA

Panel Discussion: How very nice to be NIS