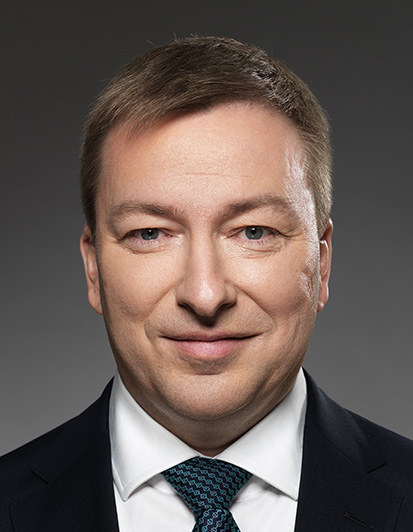 Marc Hansen was born on 10 April 1971 in Luxembourg City.

Education and qualifications
Marc Hansen attended secondary school at the Lycée de garçons de Luxembourg and the Athénée de Luxembourg from 1983 to 1991.

Other political posts
A member of the DP since 2008, Marc Hansen was an alder-man for the municipality of Useldange from 2005 to 2014.From 2011 to 2014, he was a member of the intercommunal syndicate De Réidener Kanton.At national level, Marc Hansen was elected to Parliament for the first time in 2013 as candidate for the DP in the constituency of the North. In Parliament, he served as chairman of the Finance and Budget Committee as well as vice-chairman of the Committee for Labour, Employment and Social Security from 2013 to 2014, when he was appointed to the government.

Professional activities
Marc Hansen started his professional career with DNR (Den Neie Radio). He worked at RTL Radio Lëtzebuerg and RTL Télé Lëtzebuerg from 1995 to 2009. From 2009 to 2011, he served as a parliamentary attaché. From 2011 to 2014, Marc Hansen was the chief executive of-ficer and managing director of Éditions Lëtzebuerger Journal. He is also the cofounder of several innovative start-ups in the information technology sector.