CEO of the House of Training 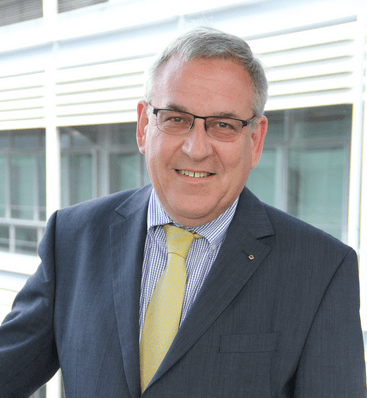 CEO of the House of Training

Nico Binsfeld (54) is the House of Training’s first CEO. The House of Training is the new entity dedicated to lifelong learning which was created on the initiative of the Chamber of Commerce and the Luxembourg Bankers’ Association (ABBL). Its mission statement is to make Luxembourg’s vocational training offering more understandable and to improve the quality of the training offered.

Before he started his role at the House of Training, Nico Binsfeld was the CEO of Post Telecom PSF SA, which specialises in home-grown ICT solutions. After holding several senior positions with Siemens Luxembourg from 2001, he headed Nokia Siemens Networks Luxembourg from 2007 to 2010. Earlier in his career, Nico Binsfeld worked in the media industry for 14 years and, in 1999, he became the Broadcasting Centre Europe (BCE)’s Vice-President of Telecommunications and Transmission.

Nico Binsfeld holds a master’s degree in electronics (RWTH Aachen University, Germany) and an MBA (Open University, UK). He is also involved as Vice President of the Centre de Compétences ICT – Luxembourg Insititut for Digital Training as well as in the voluntary sector and holds the following positions: